By investing in a new and more powerful supercomputer, Callaway’s R&D team advanced its ability to use A.I. to design wide-ranging performance features across the entire line.

“With our new product line-up, we’ve adopted a maverick’s rebellious and disruptive spirit to deliver revolutionary distance and performance in each of our new clubs,” said Callaway’s senior vice president of R&D, Dr Alan Hocknell. “We introduced A.I. in golf equipment in 2019, and now we’ve significantly advanced our understanding and application of A.I. to deliver distance that defies convention. We’re confident that we will continue to push the boundaries in this new arena of club design.”

The complexity of each Flash Face SS20 design demands a new and stronger material, FS2S titanium, to allow the ultra-thin design to stand up to the stress of impact. This high-end titanium enables consistently fast ball speeds without compromising clubface integrity.

Mavrik drivers also leverage several proven technologies that are crucial to the overall performance, including Jailbreak and a T2C Triaxial Carbon Crown. Jailbreak features two internal bars that connect the sole and crown to promote faster ball speeds, while the T2C crown is significantly lighter to raise MOI and forgiveness.

A.I. also contributed to the enhanced Face Cup, which is engineered to provide speed across the face. Meanwhile, Callaway’s proven Jailbreak technology promotes more distance at every impact location by utilising two internal bars that connect the crown and the sole. Jailbreak stabilises and stiffens these two parts, allowing the face to work more efficiently. 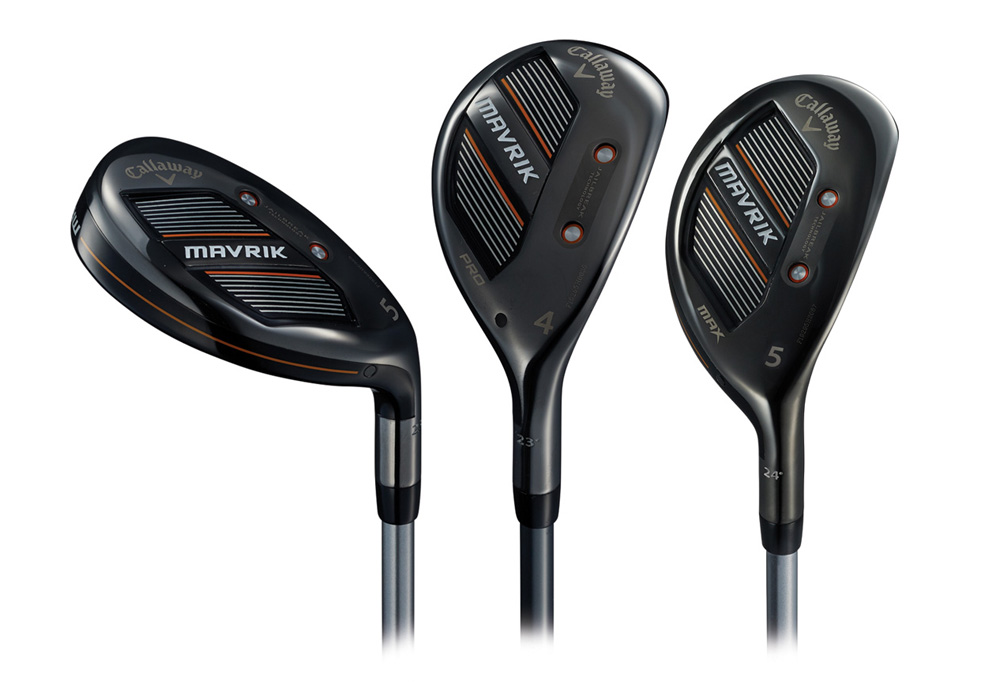 For the first time, Callaway has used A.I. to create fully optimised hybrid faces with Mavrik. As with the fairway woods, A.I. was used to develop a different face design for every loft, promoting an optimal combination of speed, launch angle and spin rate in each one.

These are also the first Callaway hybrids to feature a fully optimised Flash Face, which is better at delivering fast ball speeds across an exceptionally large area. 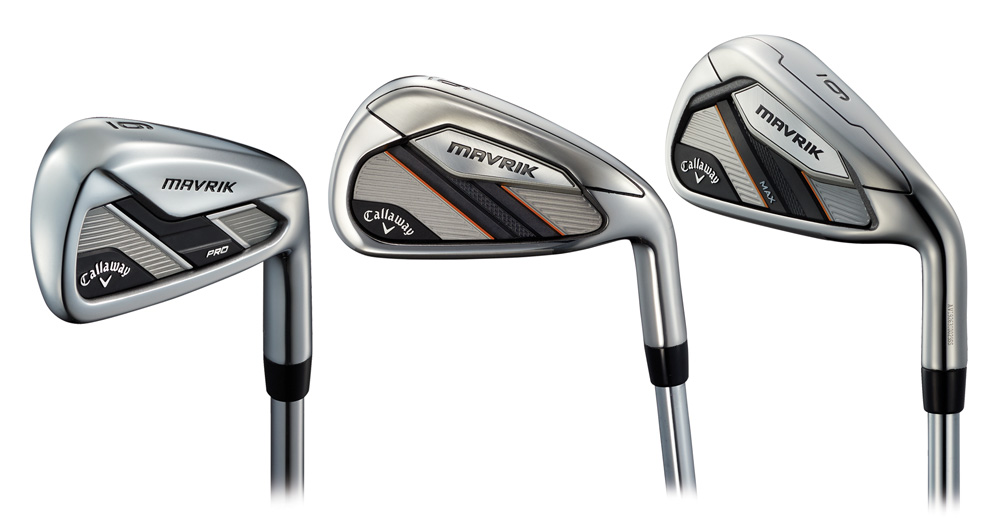 With the Tungsten Energy Core, Callaway’s R&D team precisely positioned custom tungsten weights into each iron to optimise launch and trajectory. This allowed the lofts to be strengthened while maintaining player preferred trajectories, spin rates and landing angles.

Callaway has additionally included proprietary urethane microspheres to create superb feel and incredible speed. Over one million microspheres are strategically placed into each clubhead to absorb unwanted vibration while maximising COR, resulting in fast ball speeds and phenomenal feel throughout the set.

The use of A.I. also allowed Callaway to enhance the performance characteristics of each iron face. In the long irons, the faces are designed for launch and speed, while in the mid-irons the faces are engineered for speed and spin consistency. The short irons’ faces are optimised for spin and precision to promote pinpoint shot-making.

Mavrik drivers and fairway woods are available in three models – the Standard model which appeals to a wide range of players, a Sub Zero model that offers a remarkable combination of fast ball speed and low spin, and a Max model that’s easy to hit and helps reduce slices.

Mavrik irons and hybrids are available in Standard models for a wide range of players, Pro models with more compact shapes, and Max models for easy launch and added forgiveness.